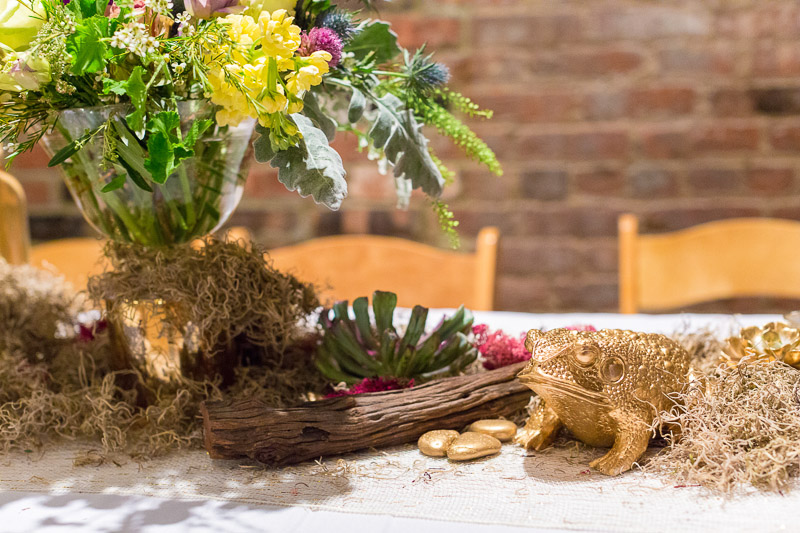 Every once in awhile I do some soul searching. I opened Rose Red and Lavender in October, 2008. The first couple of years were difficult, I didn’t think we could make it. I kept my day job and worked my tail off.

When my son William was born in December of 2009, I decided that something had to go and I quit my day job. Revenue doubled and grew every year after that.

I tried doing formula work, like Teleflora and it just wasn’t me. I remember in frustration, throwing a “Be Happy” mug across the room and its little, yellow face shattering into pieces, that made me be happy.  So I started making flower arrangements that I liked, natural, inspiring, pieces that told stories and used non-conventional materials. Some people absolutely loved it, some people absolutely hated it.

It was pretty polarizing, sometimes I was a genius and a visionary and other times I was called the worst florist in the world and that my work was ugly and weedy. I started looking at who was giving the comments and accepted the admiration from people whose personal style I loved, and ignoring the hate from people’s personal style that I didn’t care for.

I remember one of my employees showing me the work of Sara from Saipua about that time. I liked it, admired that she was recreating Flemish paintings, I got it,  and decided not to look to much at her work in order to have my own voice in floral design. I also admired Emily Thompson and other visionaries of that time. I know how hard it can be to create something with your soul only to have some people mock it and others take the idea and call it their own. I have had conversations with my peers about this, we all feel the anger and resent the behavior, and also my aspirational competitors, like David Beam and DeJuan Stroud, who admitted that those people can be annoying but they come and go.

Having my own voice was always important to me. Starting in middle school, I would scour thrift stores to find awesome vintage clothing, I learned to sew so that I could make the things I wish I could find. My look then consisted of 1960’s party dresses, mixed with thigh high stockings, combat boots or super pointy vintage flats and a severe curly bob that ranged from platinum blonde to strawberry blonde.  I was even featured in the local paper for my unique style.

Of course I listened to punk and new wave music, fast forward, almost every movie depicting that era plays the cool music, maybe because cool people who listened to that music grew up to make movies and such? It wasn’t like that so much then, lots of White Snake and Huey Lewis. Slim choices, unless you drove to a major city.

During that time my parents moved from a tony suburban Maryland town to rural West Virginia, I thought I was going to die, or be killed, or kill myself, not sure which but definitely not happy about the move and scared of what they, the Future Farmers and “rednecks” would think of me.

It all turned out OK. The cool girls in school; the cheerleaders who dated football players, went to cotillions, and had big, big hair decided that I was kind of cool. They saw kids like me in movies but never in real life before. The bullies who tried to tease me backed off. I made friends with the smart kids, drama nerds and band geeks some of them were even Future Farmers and “rednecks” and I was able to dive deep and indulge in my fashion fetishes. I eventually got a car and was able to visit my old friends and escape to DC.

Everything was great, until one day: two girls, younger than me, best friends, both named Heather, started copying my style. I called them “The Heathers” The Heathers came to school dressed like me. They flirted with my boys who liked me and they followed me in the halls and wanted to talk to me. I Hated it. Everyone told me that I should be flattered and I felt like a piece of me was stolen. My uniqueness. I wanted to be left alone.

Then I changed, the cute dresses replaced by dashiki shirts and khaki pants and the cute bob transformed into an Annie Lennox style crew cut, strawberry blond of course, topped with tiny round vintage glasses from the 1920’s that I had refitted with olive green tinted prescription lenses. The opposite of what I wore before. I chose things that were hard to find and sourced items from places you had to DRIVE to. This is pre internet and shit was hard to find unless you had a car and knew where to look.

The gloves came off.

Someone must have given them a ride to the city, because they copied that look too. Then I adopted another look, and another. I died my hair black, they were blonds, and black is a hard color to do. I pierced my ears about 8 times, which was painful AF. NOTHING MATTERED. When ever I zigged, they did too, when I zagged, same thing. I even tried out full on grunge, which I hated and thought they might too, NOPE.

This went on for years. I became exhausted and contemplated  wearing normal clothing like everyone else. I thought about being BASIC!

Finally, I packed up a little U haul trailer, my $300 in savings and moved to New York to be a Club Kid. My world was rocked. Everyone was different, no outfit was ever worn twice. People like the Heathers were usually not allowed beyond the ropes, no one liked the copycats.

Now I have learned to be a little nicer and not so scared or threatened by people like the Heathers. I have seen too many of them. I know that people can see what is authentic and what is contrived. I have come to realize that I need Heathers in my world. Without them, I will not be forced to change and grow and try new things and who knows what I will be able to create next? The Heathers after all were the catalyst necessary to force me out of my comfort zones and into New York City. The Heathers beckoned me to expand from Brooklyn to the Hudson Valley.

Thinking about this, reminds me a lot about trends in floral design. Instagram, Pinterest and other social media have sped up the process. I see trends fly in and an army of copycats (Heathers) follow everyone striving to look like someone else. It used to make me mad, knowing how difficult it can be to be the first, to see others profit from copying someone elses creative work.

I have been honing my craft and strive to create things that are timeless, beautiful, provoking and that tell a story. The story is the answer to it all, the authenticity, the realness the desire to be unique and most importantly, the why. Thank you, Heathers, for pushing me forward and for all the dozens, just like you.