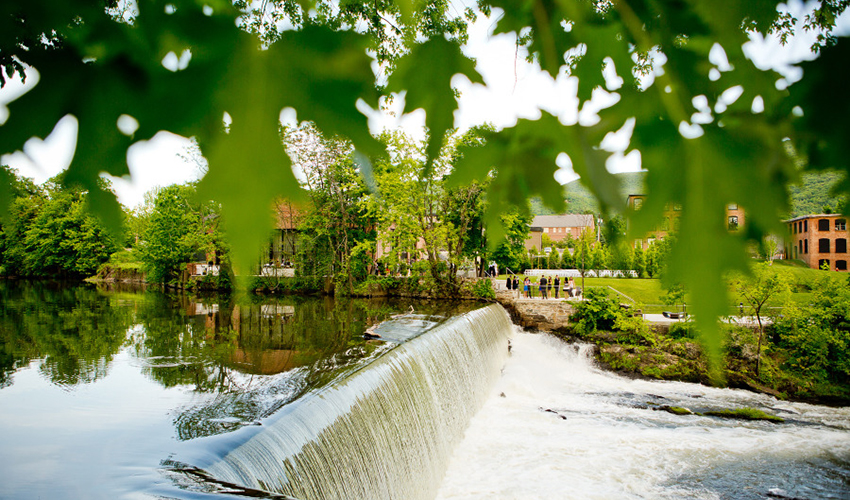 Industrial Chic in a Artist’s Town

I have always enjoyed destination weddings, it was a great excuse to travel to someplace different and force yourself to get away for a weekend. I remember the first time I went to Beacon, it was at a friend’s wedding a few years before the Roundhouse opened, I fell in love with the town and wondered why I hadn’t been there before. Lavender was a baby in my arms, so I know it was around 2008. The same year Rose Red & Lavender was founded. I hoped one day I would be able to visit again.

Now Lavender is in Middle School, Rose Red & Lavender has expanded into the Hudson Valley, and Beacon is all grown up and wearing a bra.

Beacon, NY is located about 60 miles north of New York City and is accessible by Metro North trains, or by car.  It is a cute, once industrial town, that has been converted to an art center with great boutiques, restaurants and hotels. The vibe reminds me of a cleaned up version of East Williamsburg, and has enough grit to give it some character, lots of artsy folks, and great independent shops and museums.

Dia Beacon  is  one of the largest museums of contemporary art and definitely worth a visit. It’s collection of Richard Serra sculptures is breathtaking.

If you are more outdoor minded, Beacon has several hiking trails that link up with the infamous Breakneck Ridge and kayaking on the Hudson River. If you are into wild, abandoned spaces there’s Bannerman Castle and Craig’s House, which was one of the first Psychological Sanitariums and once home to Zelda Fitzgerald.

In terms of getting married, The Roundhouse in Beacon is the place to be. I was created from an abandoned 200 year old textile factory in 2010. The Roundhouse also serves as a restaurant and an amazing boutique hotel. The train station is a short ride away.

Weddings at the Roundhouse in Beacon can accommodate up to 200 guests so there’s plenty of room. Ceremonies can be held outside or in the main room, overlooking a majestic waterfall.

The buildout was designed by David Rockwell, who really did a terrific job of capturing the essence of the old brick buildings while creating an environment that speaks to modern design sensibilities. There are elevators for grandma, and everything is clean and spotless, so mom will be happy. There are tons of interesting shops and quirky cafes so your friends will be happy too.

If you are looking for a modern, industrial chic space that will impress your most sophiscated friends, this is the place for you.

The open beams at the Roundhouse make a great structure to suspend ceremony decor and elements.

We recently participated in a tasting where all the couples get together to taste menus and wine and really experience the space first hand. I worked with LNJ to create a structure for ceremonies, it could be used as a chuppah or a arbor of sorts. We used hundreds of birch twigs to create a ginormous 9’ diameter circle. I channeled a little of Andy Goldsworthy and really thought it looked terrific in the space, I love the juxtaposition of the branches with the industrial elements, and it felt like a continuation of the outside, indoors. It would look stunning in the winter.

I am really looking forward to doing more work at Roundhouse Beacon. Last year, we expanded into the Hudson Valley and always love to have excuse to spend more time soaking in the glorious views that the Hudson Highlands have to offer. Brooklyn is always in my heart and it’s great to be able to have my feet in both worlds, and it really is amazing. I feel like I have graduated.

For more information about weddings at Roundhouse Beacon you can reach them at info@roundhousebeacon.com