Proud of our Pride 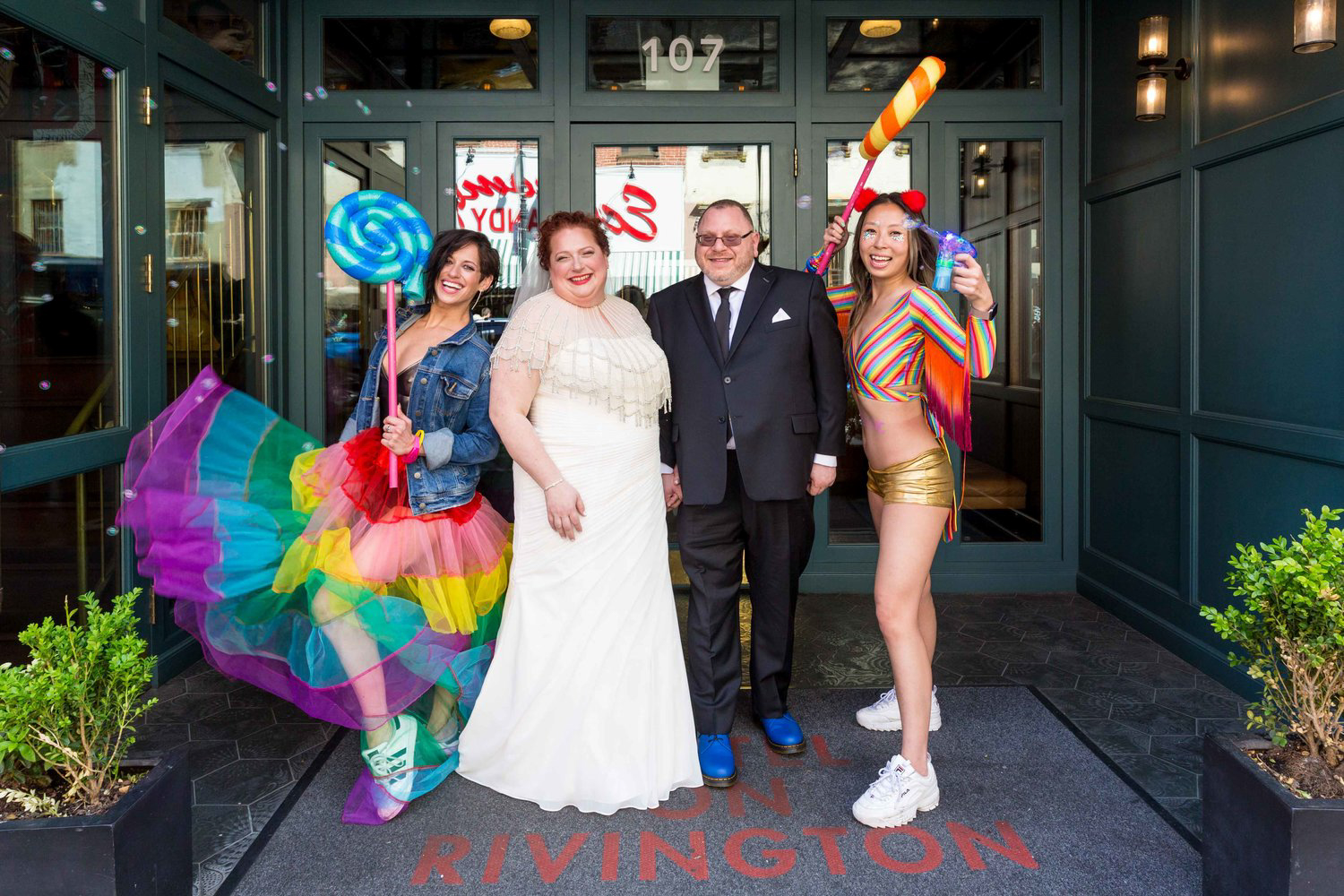 A wedding is the celebration of the union of two people with their friends and families. Each wedding is as unique as the couple saying “I do” and although tradition does play a role, it doesn’t have to dictate every part of your big day. I love seeing LGBTQ+ couples redefine traditions or do away with them all together to create a wedding that truly represents who they are.
I spoke to Blue Nile, the world’s leading online retailer of diamond engagement rings, to share our best ideas for beautiful LGBTQ weddings
Redefine your own wedding traditions
If mom insists on favors, let her handle that. Dad wants to dance with his daughter, but that person doesn’t identify as female, call it something else, but still have that special moment. Gender-specific traditions, like bouquets and, dresses don’t need to be a part of your wedding if you don’t want them to.
When it comes to wedding attire, I have seen a lot of variations. Both wear a wedding dress, both wear a suit, one suit, one dress, and even drag.
Let your wedding party and the roles you assign reflect who you are and what matters to you. I’ve seen moms walking sons down the aisle, pets as ring bearers, no aisle walking at all. It really depends on the couple and how they want to celebrate their union. I especially love blended attendants—men on the bride’s side, women on the groom’s side. As long as there is love, it’s all good.
Choose vendors who align with your values
Using vendor recommendations is a great way to make sure that your wedding day reflects who you are. Often vendors align with people who share the same values and core beliefs. This is important on both the vendor side and for couples.
When I refer my couples to people, I choose vendors whose personalities and way of doing business aligns with them. Over the years, we have been able to fine-tune who we work with, and genuinely like those people; many turn into lifelong friends. When you are hiring vendors, think about if you would like to hang out with them, would you go on a road trip with that person? If the answer is no, then you probably don’t align and they wouldn’t be a good fit for you.
All you need is love
One of my favorite LBGTQ weddings was my first one after the law passed in New York to allow gay marriage. It was an older gay couple who had been together for 25 years. Because it was their silver anniversary, we did a silver wedding.
When I was setting up, the family arrived. The groom’s father was in a wheelchair and was about 90 years old. He was so happy and proud, he grabbed my hands and said that he was thrilled, to have lived long enough to see his son finally get married. I cried, the grooms cried, the father cried… Niagara Falls!
Being the mother of a teenaged daughter who prefers the pronouns them/they, really brings home to me, the importance of meeting people where they are. It sometimes makes me sad when I am interviewing couples and they hesitate to tell me that they are part of the LGBTQ community and I realize that a lot of times, they may not feel safe in the world.
If people are kind, and truly love each other, they will always have a place at the table.

Weddings in the Catskills
December 2, 2019